In Defense of Some (But Not All) Behavioral Remedies: A Response to Feld’s Case for Structural Relief

Posted by Hal Singer in Uncategorized on November 14, 2017 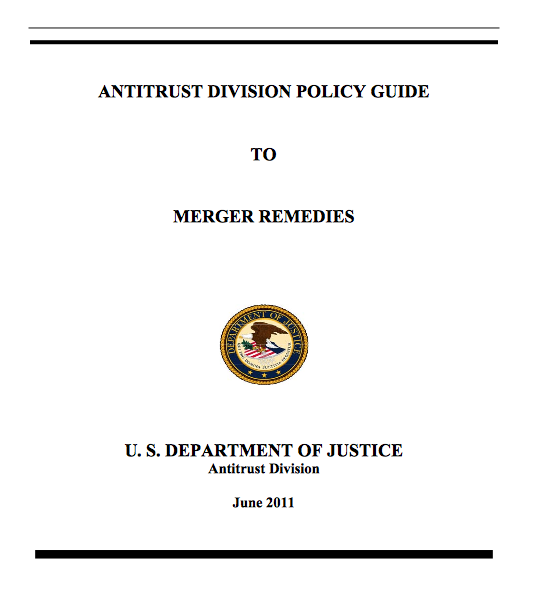 I promised a rejoinder to Harold’s latest blog bashing behavioral remedies in the media space. My Forbes piece explained the success of several discrimination complaints against Comcast, but I want to spill a little more ink on this passage from Harold below:

As I noted back above, Comcast/NBCU is usually held up as exhibit “A” in “why behavioral conditions totally suck.” None of the behavioral conditions effectively stopped Comcast from using its market power in exactly the way we were worried about (such as zero-rating its own streaming service, or refusing to sell content to online streaming services, or discriminating against independent programmers in favor of its own content and other whacky shennanigans). The experience was so awful and pathetically lame that it led directly to rejecting the Comcast/TWC deal.

First, that a complainant avails itself of the protections of a complaint system is not proof that the behavioral remedy is failing. What matters is the speed (and probability) of achieving relief for meritorious complaints. And the success of Bloomberg, an unnamed OVD, NFL Network, and MASN suggests that complainants can and do achieve relief under the FCC’s case-by-case protections.

Second, as Trump tests the limits of our constitution, Comcast is a stress test of behavioral remedies. Comcast appears hardwired to discriminate in favor of its own, or at least it has acted that way in the past. Subjecting any other distributors to a nondiscrimination standard—whether it’s AT&T or Google in a soon-to-be created Net Tribunal—would likely generate fewer complaints, as the culture of any platform (other than Comcast) would be more amenable to following the rules and respecting social norms of neutrality. So if the behavioral remedy survives the Comcast stress test, it can survive anything. Ditto for our constitution.

Third, ex post adjudication under both the Comcast-NBCU protections and section 616 of the Cable Act (program-carriage rules) has warts—namely, the appeals process—but those warts should be identified and (excuse the pun) cut off. The seemingly endless appeals process of case-by-case review at the FCC is highly politicized (with FCC commissioners always voting their party lines); postpones the delivery of justice; and benefits the well-heeled distributors who can afford to extend the fight with first-rate appellate lawyers. (Yes, I’m still licking my wounds from Tennis Channel.) Rather than trash the adjudication process, however, we should press for reforms to expedite relief and to level the playing field between independent content providers and vertically integrated distributors. For example, I have advocated for injunctive relief immediately upon a finding of discrimination by the administrative law judge (ALJ) or tribunal, as well as for skipping over the appeals to the FCC commissioners and going straight to the D.C. Circuit. You wouldn’t send a Porsche 911 to the scrap heap because it needed a new muffler, now would you?

[Note: Because the FCC is not involved in the AT&T/Time Warner review, the FCC wouldn’t be tasked with adjudication here. But that does not imply that adjudication is impossible. The ALJ and her staff could be housed anywhere.]

With respect to Harold’s thesis that the “The DOJ’s Case Against AT&T Is Stronger Than You Think,” that is largely an empirical question: The case will come down to whether the content in Time Warner’s portfolio is sufficiently powerful such that AT&T could lure enough new video subscribers away from rival distributors to offset the loss in content license revenues from a foreclosure strategy. In a case cited by Harold (Time Warner/Turner), the Federal Trade Commission certainly believed these networks to be must-have as of 1996 (the year in which MSNBC and Fox News were both launched), alleging that “CNN, TNT and WTBS are viewed by cable distributors as ‘marquee’ or crown jewel services.” Query whether the same is true in the (richer) media landscape of 2017. During a standoff with Turner involving the same properties in 2014, Dish Chairman Charlie Ergen reportedly “told Wall Street analysts that he wasn’t sure that CNN was still a must-carry network.” Whether Ergen was bluffing or being sincere, those words might get special attention in DOJ’s suit. Stay tuned!